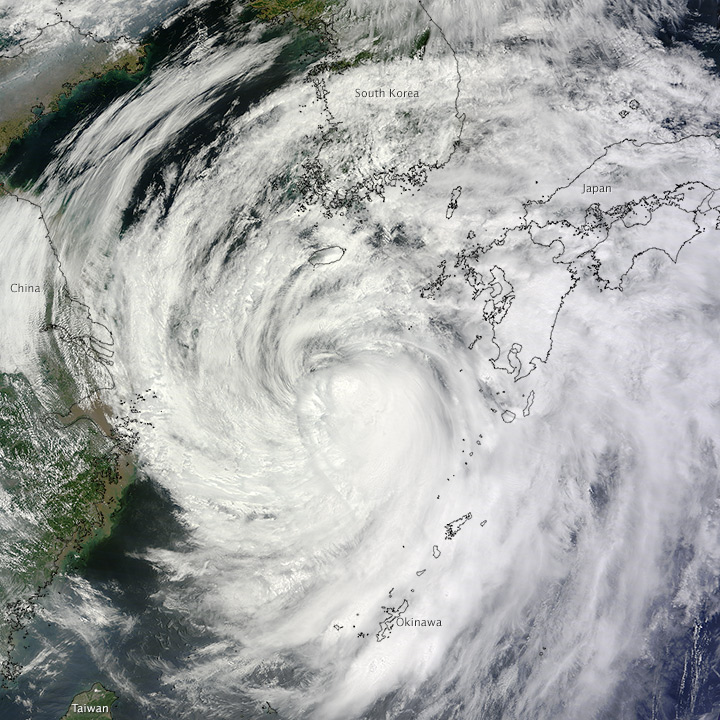 Typhoon Neoguri pounded Okinawa and other Western Pacific islands with torrential rain and damaging winds in mid-July 2014, en route to a likely landfall in Japan. The Visible Infrared Imaging Radiometer Suite (VIIRS) on the Suomi NPP satellite captured a nighttime image of the storm at 2:07 a.m. Japan Standard Time on July 9, 2014 (17:07 Universal Time on July 8). At the time, Neoguri was a category 2 typhoon moving through the East China Sea.

The storm was imaged by a special “day-night band” that detects light in a range of wavelengths from green to near-infrared and uses light intensification to detect dim signals. The instrument can sense light as much as 100,000 times fainter than conventional visible-light sensors, making it very sensitive to moonlight and city lights. In this case, the cloud tops were lit by the nearly full Moon.