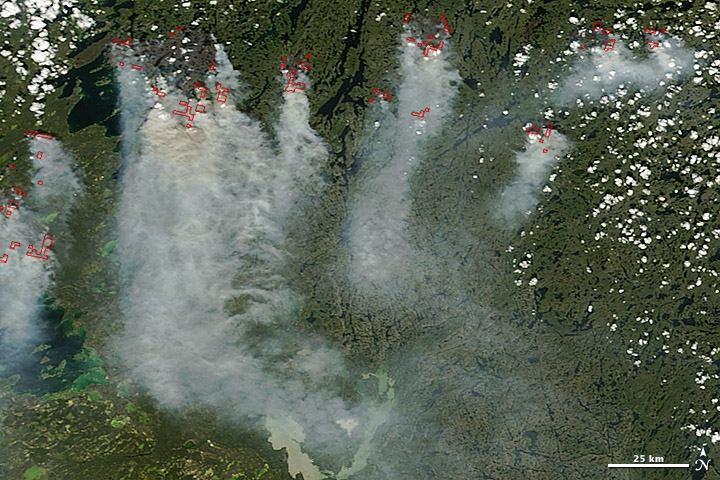 A combination of lightning and dry forests fueled numerous wildfires in Canada’s Northwest Territories in July 2014. The fires, burning in Canada’s boreal zone, are producing dense smoke. As of July 8, at least 164 blazes had charred more than 425,172 hectares (1,642 square miles), according to the Canadian government. The fires destroyed one home, forced hundreds of people to evacuate, and sent smoke drifting as far south as the continental United States.