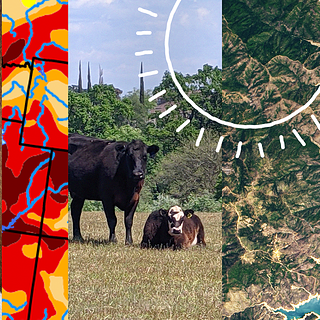 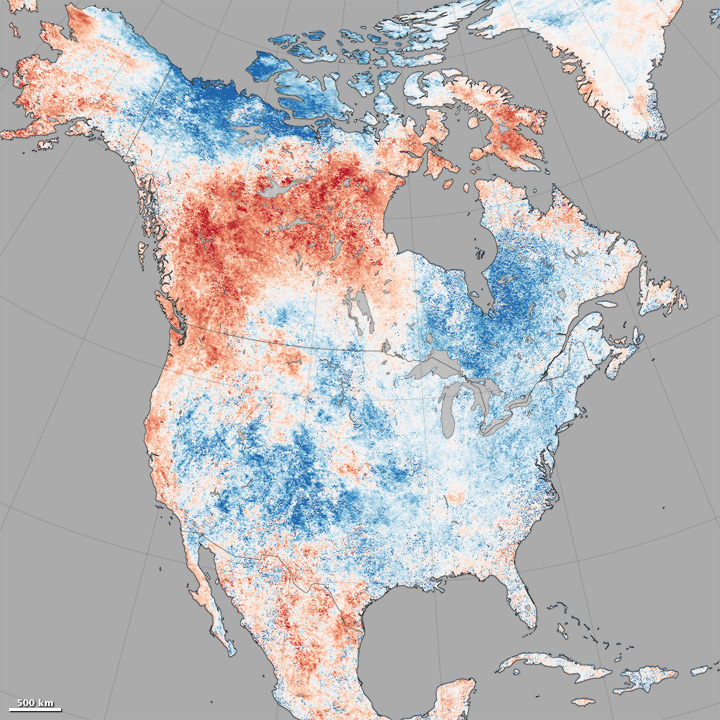 If you live in the northern hemisphere, the past few weeks have been strange. In places where it should be seasonably hot—the eastern and southern United States and western Europe—it’s just been warm. In places where weather is usually mild in the summer—northern Europe, the Pacific coast of North America—it has been ridiculously hot. Read more 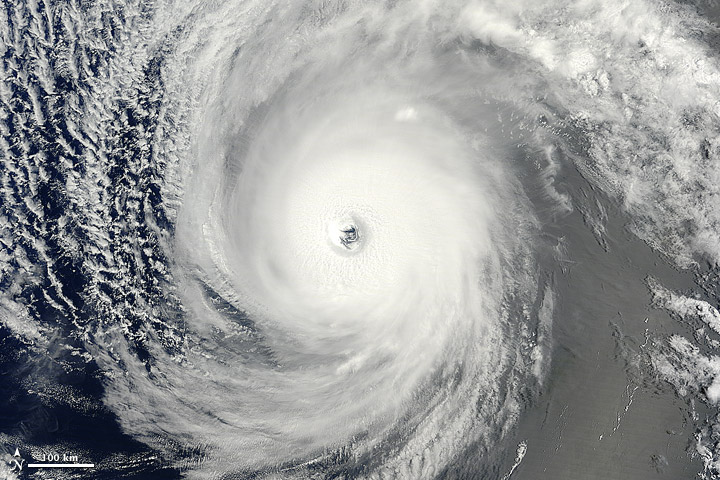 In early August 2014, not one but two hurricanes were headed for the Hawaiian Islands. Storms arriving from the east are a relative rarity, and landfalling storms are also pretty infrequent.

The Moderate Resolution Imaging Spectroradiometer (MODIS) on NASA’s Terra satellite captured this natural-color image of Hurricane Iselle over the Pacific Ocean at 10:40 a.m. Hawaiian time (1940 Universal Time) on August 4, 2014. Shortly after the image was acquired, the U.S. Joint Typhoon Warning Center reported that Iselle was a category 4 hurricane with sustained winds at 120 knots (140 miles or 220 kilometers per hour) and centered at 16.10° north latitude, 137.40° west longitude. Read more

An Infrared View of California Drought 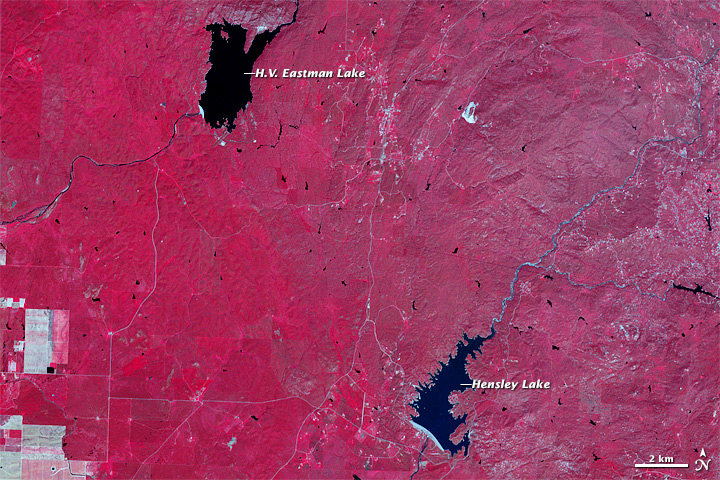 In its weekly report issued on July 31, the U.S. Drought Monitor reported that 82 percent of the state of California was in an extreme drought and 58 percent was in exceptional drought—up from 79 and 36 percent just two weeks ago. The drying of farmlands and suburbs is mirrored by the shrinking of the state’s reservoirs.

The Advanced Spaceborne Thermal Emission and Reflection Radiometer (ASTER) instrument on NASA’s Terra spacecraft captured these false-color views of central California on April 5, 2011 (top), and May 15, 2014. ASTER collects data in infrared, red, and green wavelengths of light, which are then combined to make false-color images where vegetation appears red; buildings and roads are white and gray; water is dark blue; and dry, barren land is tan. Read more 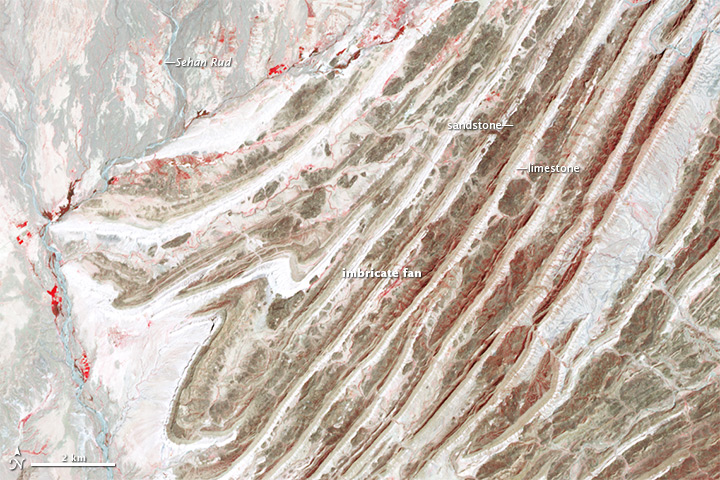 While not as high as the Himalayas or Karakoram, the Sulaiman range boast some of the most complex tectonic structures in the world. As India moved northward, it began to rotate in a counter-clockwise direction, wrenching the northwestern part of the Indian plate backwards into part of the Eurasian plate. The countervailing forces put the rocks of the Sulaiman range in a unique compressional vice, causing many of its faults to curve and stretch in convoluted ways.

The Advanced Spaceborne Thermal Emission and Reflection Radiometer (ASTER) instrument on NASA’s Terra satellite captured a scene on April 24, 2011, that highlights some of this tectonic complexity. Read more

Dust Plume Over the Red Sea 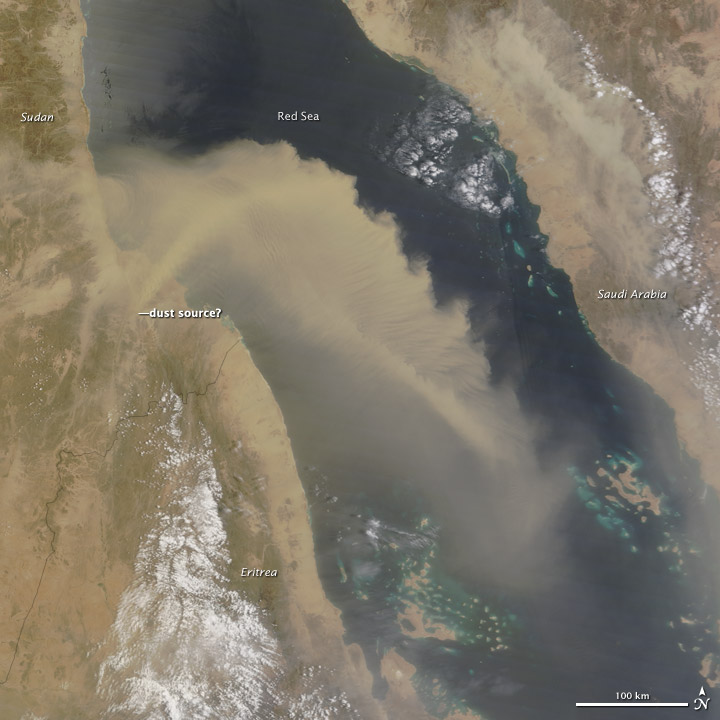 Dust and sand storms are not unusual in North Africa and western Asia; in fact, they are a regular part of the region’s rhythm and observed often by satellites. But familiarity does not make them any less extraordinary.

The Moderate Resolution Imaging Spectroradiometer (MODIS) on NASA’s Terra satellite captured this image at 11:25 a.m. local time (0825 Universal Time) on July 7, 2014. A thick plume of dust was blowing out from the dry interior of Sudan and across hundreds of kilometers of the Red Sea, with smaller plumes also visible over Saudi Arabia and Eritrea. Prevailing northwest winds over the water blew the plumes to the southeast. Read more