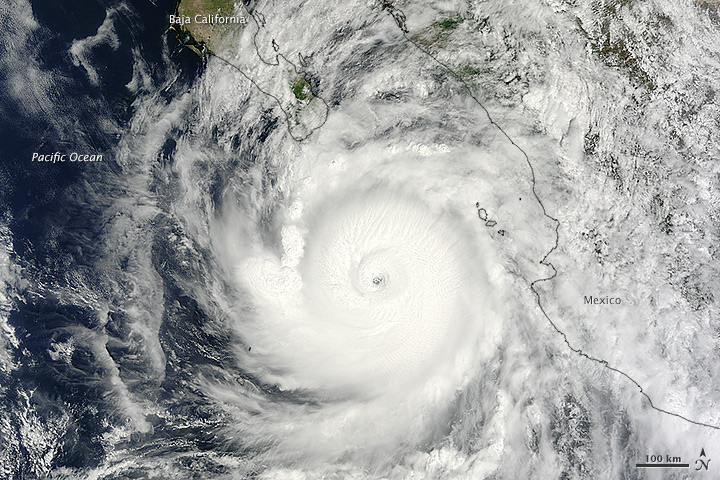 At about 10:45 p.m. Mountain Daylight Time (MDT) on September 14, 2014, Hurricane Odile made landfall as a Category 3 storm near Cabo San Lucas, Mexico. According to the U.S. National Hurricane Center, Odile arrived with wind speeds of 110 knots (204 kilometers or 127 miles per hour). The storm tied Olivia (1967) as the strongest hurricane to make landfall in the state of Baja California Sur in the satellite era.

The Moderate Resolution Imaging Spectroradiometer (MODIS) on NASA’s Terra satellite acquired this natural-color view of the storm at about noon MDT on September 14, when it was still southeast of the Baja California peninsula. Unisys Weather reported that the Category 4 storm had maximum sustained wind speeds of 115 knots (213 kilometers per hour) at the time. Read more

Contour Plowing in the Palouse 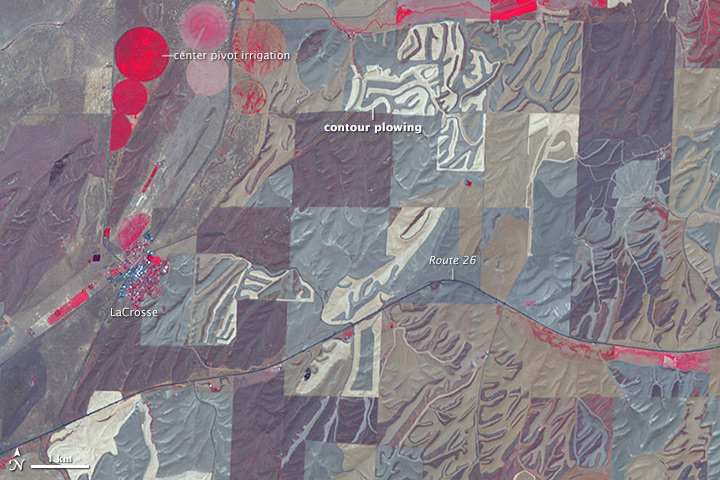 The Advanced Spaceborne Thermal Emission and Reflection Radiometer (ASTER) on NASA’s Terra satellite captured this image of farmland near LaCrosse, Washington, on July 24, 2008. The false-color image was assembled using infrared, red, and green wavelengths of light. This combination is useful for observing vegetation and monitoring its health. Areas with the most vigorous crops, grasses, and trees are bright red. Areas where vegetation is drying or dormant are darker shades of brown and gray. Areas with no red are likely fallow or being prepared for seeding. Read more

Hell with the Lid Taken Off 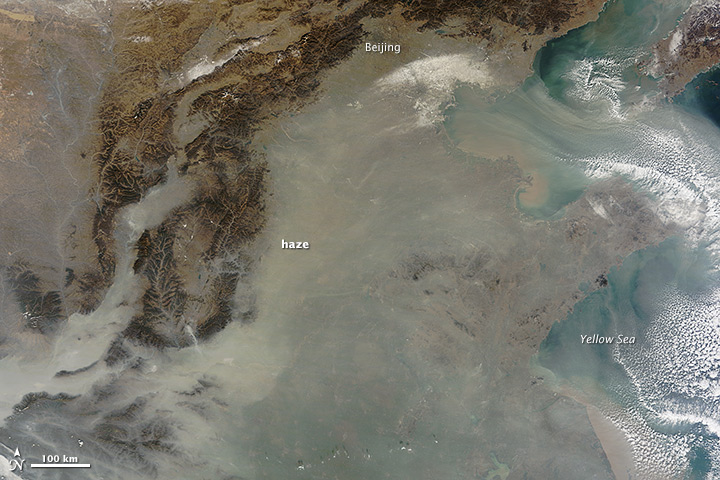 The natural-color satellite image below offers both a modern and historical context. Captured by the Moderate Resolution Imaging Spectroradiometer (MODIS) on NASA’s Terra satellite, it shows heavy pollution heading toward Beijing, China, on December 12, 2013. If satellites had been flying in the first half of the 20th century, it’s reasonable to assume that skies over the eastern United States or Europe would have looked something like this on some days. Read more