In addition to providing data to the research community, Terra instruments also fulfill one of NASA Earth Science Applications Program’s missions, which is to find practical and innovative uses for NASA technologies and data. U.S. and international government and non-profit relief organizations rely heavily on Terra’s two instruments, MODIS and ASTER, for emergency management and disaster assessment applications. MODIS Rapid Response System and ASTER’s On-Demand Processing are capable of providing near real-time satellite imageries of the disaster region within hours and minutes, respectively, of the request to emergency personnel and other stakeholders. 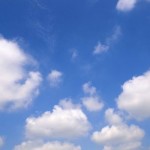 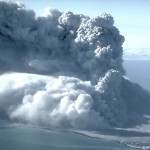 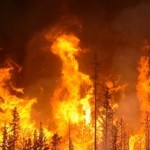 The U.S. Forest Service, Department of Agriculture, EPA and other international fire monitoring community use ASTER, MISR, and MODIS for forest fire monitoring.  Near real-time data from the MODIS Rapid Response System are used by federal and regional stakeholders to assess and monitor forest fires. 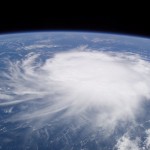 The National Environmental Satellite, Data, and Information Service use CERES, MISR, and MODIS for weather forecast, which are used by national and international weather agencies to disseminate weather information. Real-time MODIS data such as sea surface temperature and total precipitable water vapor are used by the National Weather Service stations across the United States. 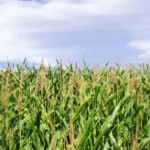 The U.S. Department of Agriculture and Foreign Agriculture Service use CERES, MODIS, and MOPITT for carbon management and crop assessment. The consequences of climate variablity on agriculture is essential in human survival.

Recent large scale natural and man-made disasters where Terra instruments were used for applied and operational uses include:

In April 2010, off the Gulf of Mexico, a commercially operated oil rig exploded.  This resulted in one of the worse oil spills in the history of the petroleum industry; the event is known as the Deepwater Horizon Oil Spill.  For the duration of the oil spill, Terra instruments (ASTER, MISR, and MODIS) were active in monitoring the spill.  ASTER produced over 200 high-resolution images to help determine the impact to surrounding wetlands; it also showed thermal images of man-made fires.  MISR produced multi-angle view of the oil spill that showed the difference between the oil spill and false sun glint areas.  MODIS provided an image every two days and a bird’s eye view of the oil spill.

In April and May 2010, the Eyjafjallajökull volcano in Iceland erupted that caused major distress to the environment and air traffic.  Gas, liquid, and solids are emitted when volcanoes erupt and one of the most common gases emiited is silicate ash (SO2).  ASTER’s thermal infrared bands are sensitive to SO2 absorption and during the eruption, it was able to capture chemical components, including SO2. MISR was able to produce 3D image of the plume after multiple overpasses.

Floods affect more people than any other natural hazards.  Lives are lost and infrastructures need to be rebuilt, damages can range in billions.  Heavy rain and other weather phenomena contribute to floods. In the summer of 2010, Pakistan saw one of the worse floods in its history.  Over half of its land was underwater.  ASTER responded by rapidly scheduling acquisition data over the region.  The data acquired by ASTER helped emergency personnel and relief workers mitigate the effects of the floods by improving logistical deployment of aid and materials.

Wildfires are caused by human activities and by natural phenomena such as lightning or volcanoes.  Every year millions of acres of pristine land are scorched by wildfires.  From 2000-2010, over 850,000 wildfires were reported in the U.S. with over 72 millions of acres in damages.  Recent wildfire activities include Wallow and Horseshoe 2 fires, which occurred in the U.S. Midwest region.  These two wildfires destroyed 700,000 acres of land and millions in damages. MODIS Rapid Response System played an active role by providing daily images in near real-time to emergency personnel such as the U.S. Forest Service who monitor and track fires.

Terra Science Applications in the News