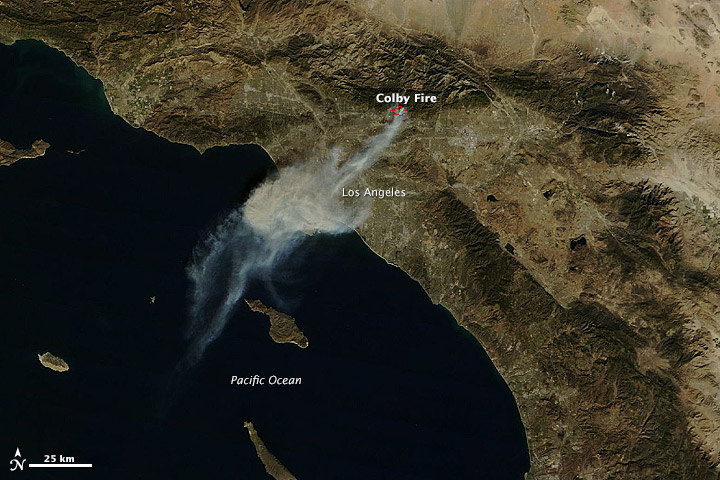 A wildfire started and spread quickly in the foothills northeast of Los Angeles on January 16, 2014. The plume of ash and smoke blanketed much of the metropolitan area and prompted air quality warnings.

The Moderate Resolution Imaging Spectroradiometer (MODIS) on NASA’s Terra and Aqua satellites captured these images of the Colby fire just before (top) and just after noon on January 16. The morning image is clearer because the scene was centered under the satellite, while the afternoon image is fuzzy because the satellite was observing from an angle. Read more