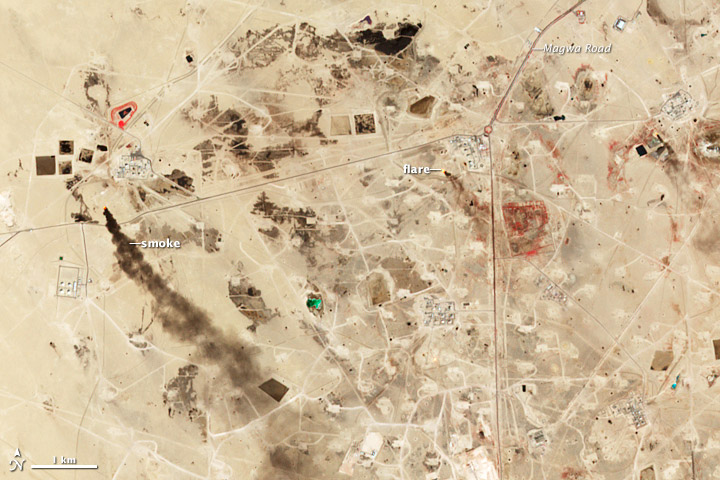 Though a small nation, Kuwait has an outsized role in oil production. The country has an estimated 94 billion barrels of proven oil reserves, about 9 percent of the world’s total. The oldest and largest of Kuwait’s oil fields-the Greater Burgan field in southeastern Kuwait-produces about 1.6 million barrels of oil a day.

The Greater Burgan is comprised of three smaller fields: Burgan, Magwa, and Ahmadi. The first oil well was installed in Burgan in 1938. Oil was discovered at the Magwa field in 1950 and at the Ahmadi field in 1952. The Advanced Spaceborne Thermal Emission and Reflection Radiometer (ASTER) on NASA’s Terra satellite captured this image of a portion of the Burgan field on September 27, 2009. Read more