The year 2020 will be remembered for being a very trying year and western wildfires have just added to the year's woes. 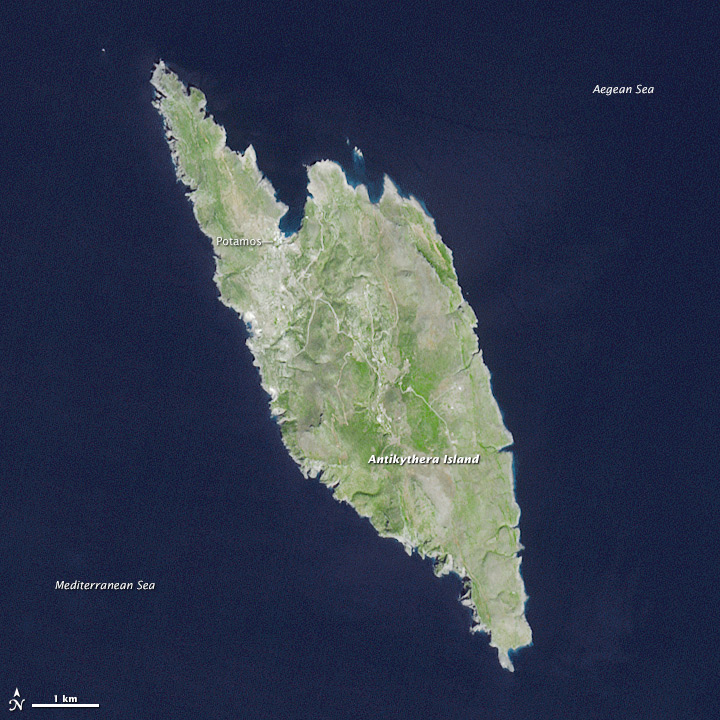 This view of Antikythera was acquired on September 23, 2013, by the Advanced Spaceborne Thermal Emission and Reflection Radiometer (ASTER) on the Terra satellite. The landscape is typical of a small Mediterranean island, consisting primarily of open countryside and low shrubs. Steep, limestone cliffs line most of the island; flatter expanses of beach are more common on Kythira, a larger Greek island to the north. Read more