Home › News and Events › A Slice of Cirrus

A Slice of Cirrus 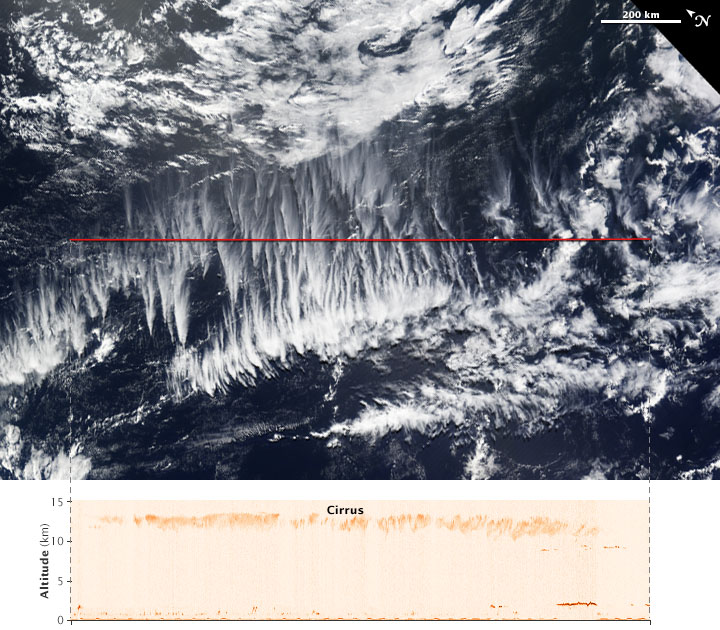 Cirrus—the wispy, icy clouds that form high in the atmosphere—are known to have a net warming effect on the climate. But how much? The question is hard to answer because even among cirrus clouds, there is wide variety and complexity in their structure.

The Moderate Resolution Imaging Spectroradiometer (MODIS) on NASA’s Terra satellite acquired a natural-color view of clouds over the South Pacific on April 2, 2015. Cirrus are the thinner clouds appearing to spread out from points across the center of the image.

The red line on the MODIS image shows the area scanned just hours before by the Cloud-Aerosol Transport System (CATS) onboard the International Space Station. “The space station orbit provides comprehensive coverage of the tropical and mid-latitude regions, where cirrus clouds are most prevalent,” said John Yorks, science lead of the CATS team at NASA’s Goddard Space Flight Center. Read more