Posted on December 17, 2015 by Tassia Owen Posted in News and Events

SciGirls (pbskids.org/scigirls), an Emmy award-winning PBS Kids television show featured NASA Langley atmospheric scientist, Yolanda Shea, in an episode where Virginia SciGirls Emma, Lauren and Madison use S’COOL (Student Cloud Observations Online) to identify clouds from the ground and compare their data with satellite images. S’COOL “involves participants from around the world in real science through making and reporting ground truth observations of clouds to assist NASA Scientists in the validation of NASA’s CERES satellite instruments,” according to the S’COOL website.   SciGirls and S’COOL teamed up to engage girls between the ages of 8- 12 in science, technology, engineering and math (STEM) careers and learning.  SciGirls has reached over 14 million girls, educators, and families, making it the most widely accessed girls’ STEM program available nationally. 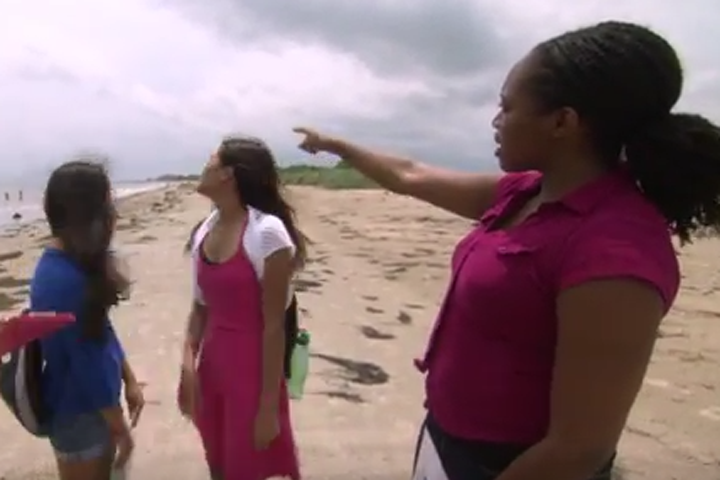