Posted on December 21, 2015 by Tassia Owen Posted in News and Events 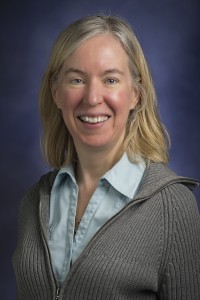 A climate scientist and educator at NASA’s Langley Research Center in Hampton, Virginia, has been named a fellow of the American Association for the Advancement of Science (AAAS), the world’s largest general scientific society.

The lead for education and communication at NASA Langley’s Science Directorate, Lin Hartung Chambers was among 347 members who were selected for their efforts to advance science or its applications in a scientifically or socially distinguished way.

As principal investigator for the MY NASA DATA project, Chambers makes NASA’s large collection of scientific data about the Earth more accessible to a wide audience, including both K-12 teachers and students, and the Citizen Science community. She is also the director of the Students’ Cloud Observations On-Line (S’COOL) Project, a program she created to use K-12 student data for validation of NASA’s Clouds and the Earth’s Radiant Energy System (CERES) satellite instrument cloud measurement products. Chambers was also a project scientist for the NASA Global Climate Change Education project working with a multi-agency community of climate change education funders and awardees.

“It is a great honor to have my work recognized by my peers through AAAS,” Chambers said. “After nearly 19 years we continue to have enthusiastic participation from students ground-truthing satellite data, and we continue to evolve our activities to make their participation as rewarding as possible.”

Founded in 1848, AAAS is the publisher of the journal Science and includes 254 affiliated societies and academies of science serving 10 million people. The non-profit AAAS is open to all and fulfills its mission to “advance science and serve society” through initiatives in science policy, international programs, science education and more. The tradition of AAAS fellows began in 1874; members are considered for the rank of fellow if they are nominated and approved by their peers.

Chambers and the other new fellows will be presented with an official certificate and a gold and blue rosette pin representing science and engineering on Saturday, Feb. 13, from 8 a.m. to 10 a.m. at the AAAS Fellows Forum during the 2016 AAAS Annual Meeting in Washington, D.C. Chambers has a doctorate in aerospace engineering from North Carolina State University and received bachelor’s and master’s degrees in aeronautical engineering from Rensselaer Polytechnic Institute in Troy, New York. She has authored or co-authored more than 40 journal papers on science, engineering, and education and public outreach.

For more information about AAAS, visit:

For more information about NASA Langley, go to: