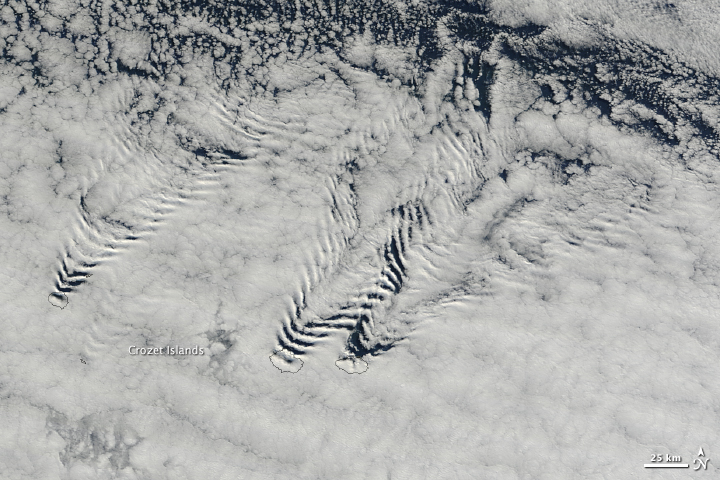 Air flows like water in the atmosphere with invisible currents and waves. On April 9, 2014, the Moderate Resolution Imaging Spectroradiometer (MODIS) on NASA’s Terra satellite captured this view that evokes fluid-like movement in the atmosphere. Ship wave clouds fan out behind the Crozet Islands over the southern Indian Ocean looking exactly like the ripples behind a rock in a stream or the waves behind a boat moving through calm water. Read more