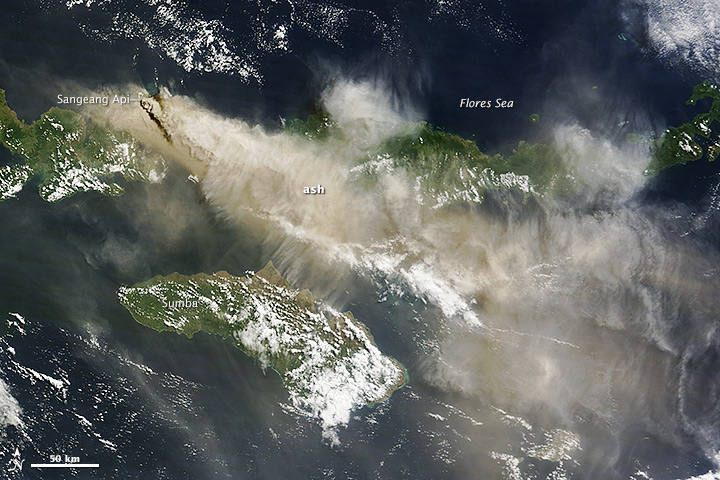 Due to elevated seismic activity, the Volcanological Survey of Indonesia issued an alert for Sangeang Api—an island volcano in the Flores Sea—on May 21, 2014. Sangeang erupted explosively on May 30, sending a thick column of ash and sulfur dioxide billowing into the atmosphere.

The Moderate Resolution Imaging Spectroradiometer (MODIS) aboard the Terra satellite captured imagery of the eruption plume the next day. Terra acquired this image at 2:35 UTC (10:35 a.m. local time) on May 31, 2014. Ash drifted southeast, shutting down airports in Bima, Indonesia, and Darwin, Australia. Service to Darwin resumed by June 1, but Bima remained shut down as of June 2, according to the Jakarta Globe. Read more