Home › News and Events › Near Miss in Madagascar

Near Miss in Madagascar 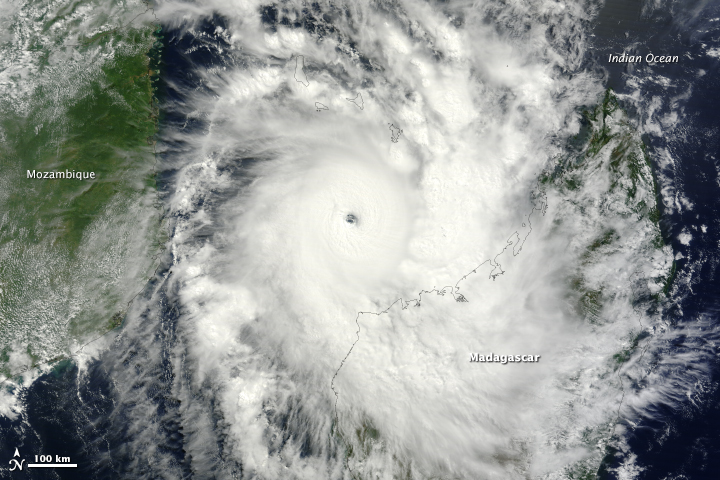 The Moderate Resolution Imaging Spectroradiometer (MODIS) on NASA’s Terra satellite acquired this image of Cyclone Hellen at 7:20 UTC on March 30 in the middle of the storm’s rapid intensification. The storm had a distinct open eye and a classic tight circular shape. Its outer bands were already over northwestern Madagascar. Read more