Home › News and Events › Corridors for Carbon and Critters

Corridors for Carbon and Critters 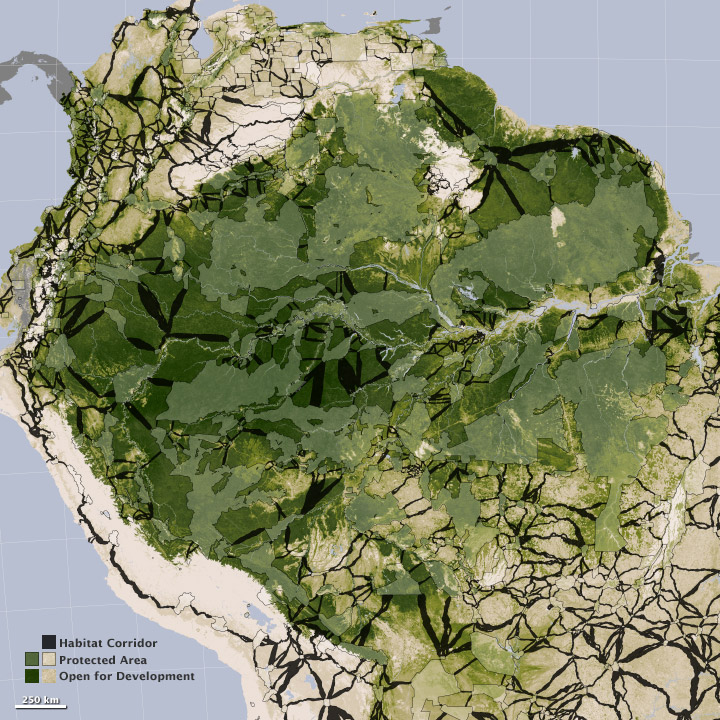 “To create the corridors, Jantz started with a tropical carbon map that Goetz, Laporte, Alessandro Baccini, and other WHRC scientists developed a few years ago. That map included data from NASA’s ICESat, Terra, and Aqua satellites, Japan’s ALOS satellite, the Shuttle Radar Topography Mission, and from thousands of ground-based observations. The tropical carbon map became the base layer on the map above.” Read more