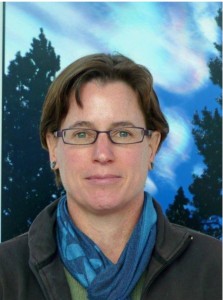 Dr. Helen Worden is the Project Scientist in the Atmospheric Chemistry Division at the National Center for Atmospheric Research.  She is one of the leading experts in the use of MOPITT and Tropospheric Emissions Spectrometer to study carbon monoxide (CO) and other gases in the atmosphere.

HW: I study trace gases in the lowest part of the atmosphere, including air pollutants like ozone (O3) and carbon monoxide (CO), using satellite remote sensing.

MOPITT is one of the instruments you use to study carbon monoxide (CO), can you tell us some of the observations you have observed so far?

HW: I have used MOPITT CO data to follow the global transport of pollution from major urban areas and from large fires. We also use MOPITT data to estimate the sources and strengths of CO emissions.

Recently, I have been using MOPITT data, along with a regional model for weather and chemistry (WRF-Chem) to quantify the reduction in CO emissions due to the traffic restrictions that were imposed during the Beijing 2008 Olympics to improve air quality. Because we know the ratio of CO to CO2 for emissions from fossil fuels in China, we can also estimate the reduction in CO2 for the Beijing Olympics.

You study carbon dioxide (CO2) as well, which is also a trace carbon gas that exists in the lower atmosphere.  Can you explain how it’s different from CO?

HW: CO and CO2 are both emitted from burning fossil fuels and wildfires, but CO2 is a strong greenhouse gas and also has a much longer lifetime in the atmosphere (hundreds of years) compared to CO (less than a few months).

What roles do CO play in the Earth System Science?

HW: CO is a pollutant near the surface, but at normal levels, around 100 ppb (parts per billion), CO is not harmful. (CO is deadly at concentrations larger than 400 parts per million).

Although CO itself does not have a significant greenhouse effect, it converts chemically to ozone, methane and carbon dioxide, which are major greenhouse gases. So, the emissions of CO are considered important to climate change.

Since it has a medium lifetime in the atmosphere (longer than a day, but not more than a few months), CO can be used to track pollution events and how they are transported across the globe. These events, such as large fires, have higher concentrations of CO that are easily measured over atmospheric background levels.

HW: Yes, especially with the improved emissions in newer cars.

Finally, what you do is very technical”¦, what inspired you to go into this field?

HW: Understanding our atmosphere is very challenging, but necessary if we want to make informed decisions for our future. I also find remote sensing really interesting and at times, very exciting, like when we launch a satellite and we get a whole new image of our world.