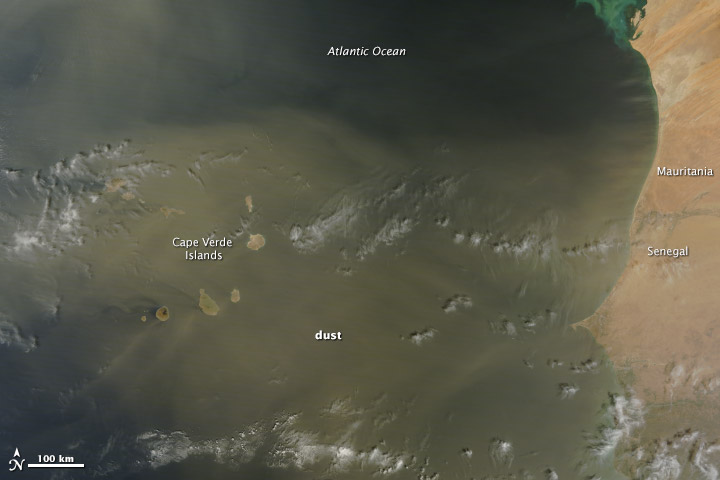 When the winds of winter sweep across West Africa, temperatures drop and skies turn yellow. Prevalent from November to March, the harmattan is a desert wind that blows across the Sahara Desert from the northeast or the east, usually as a result of a high pressure system over the northwestern Sahara. Harmattan winds pick up dust and darken skies.

A harmattan dust storm was blowing on February 28, 2014, when the Moderate Resolution Imaging Spectroradiometer (MODIS) on NASA’s Terra satellite acquired this image. The yellow dust was concentrated largely over the Cape Verde Islands, where the mountain topography created swirling eddies and triangular wakes in the dust cloud. West Africa frames the right edge of the image, and distinct plumes of dust moved west from Senegal and Mauritania. Read more