Extratropical Cyclone over the United Kingdom 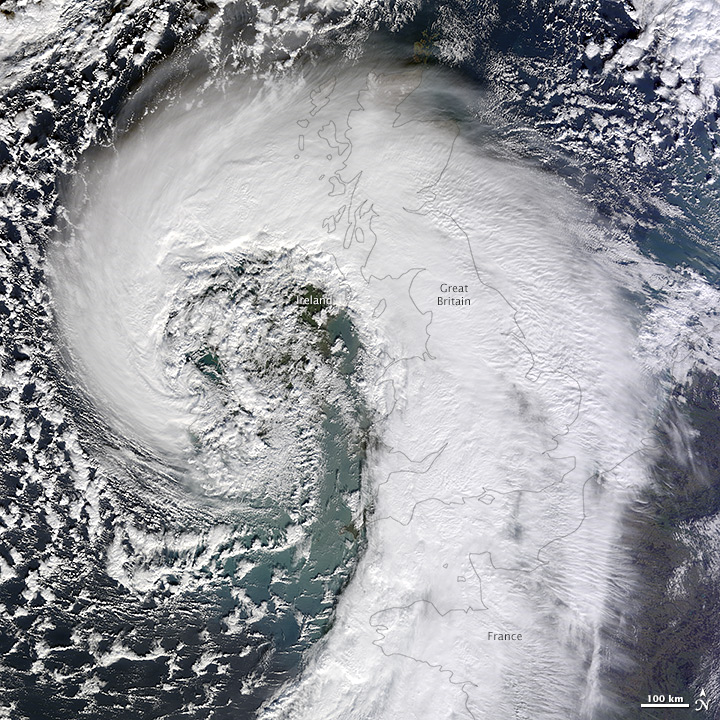 Soggy winters are not unusual in the United Kingdom, but this winter has been in a category of its own. UK Met Office meteorologists had just declared January 2014 the wettest month on record for parts of southern Britain when another series of storms swept across the area in early February.

The Moderate Resolution Imaging Spectroradiometer (MODIS) on NASA’s Terra satellite captured this image of an extratropical cyclone bearing down on the United Kingdom on February 12, 2014. Mature extratropical cyclones often feature comma-shaped cloud patterns that are the product of “conveyor belt” circulation. While heavy precipitation is often present near the low-pressure head of the comma, a slot of dry air usually trails the west side of the tail. Read more 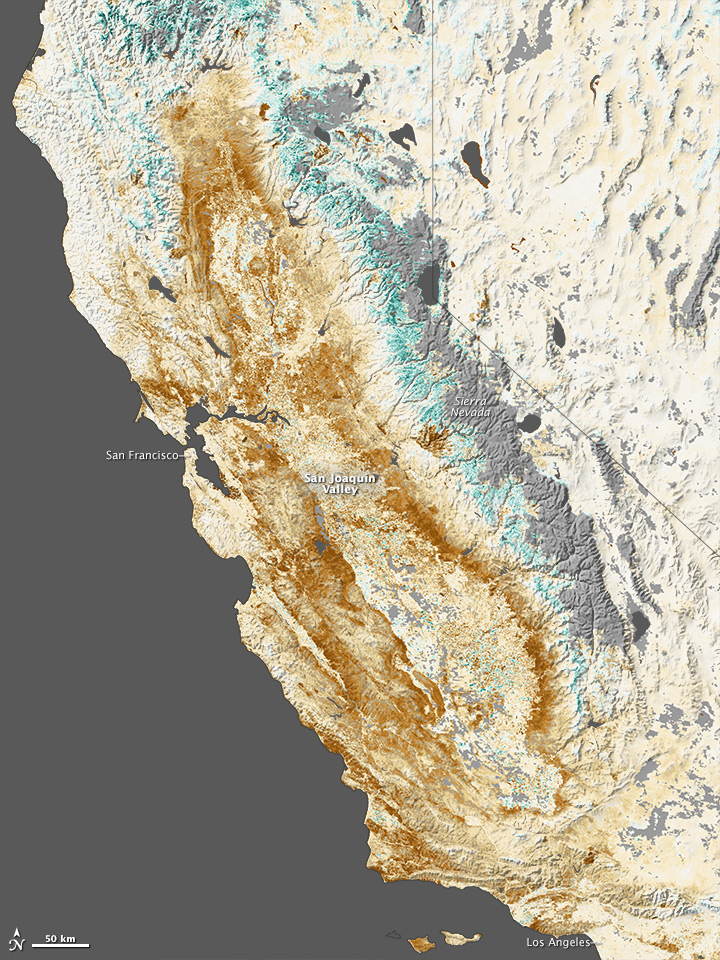 Persistent dry weather has grown more worrisome in the American West, with nearly two thirds of the region experiencing some level of drought. By most measures, the state of California is suffering through the worst of it. The effects of the dry spell are visible in the mountains, where snow pack is lacking, and now in the vegetation cover on the landscape. Nearly all of California was in a state of extreme drought at the end of January 2014. The past three months (November to January), six months (since August) and twelve months were all the driest periods in California since record-keeping started in 1885. From February 1, 2013, through January 31, 2014, a statewide average of 6.97 inches (177.04 millimeters) of rain fell; the norm is 22.51 inches (571.75 millimeters). The map above shows the impact of drought on California’s farms, forests, and wild lands. Based on data from the Moderate Resolution Imaging Spectroradiometer (MODIS) on NASA’s Terra and Aqua satellites, the map contrasts plant health from January 17 to February 1, 2014, against average conditions for the same period over the past decade. Read more 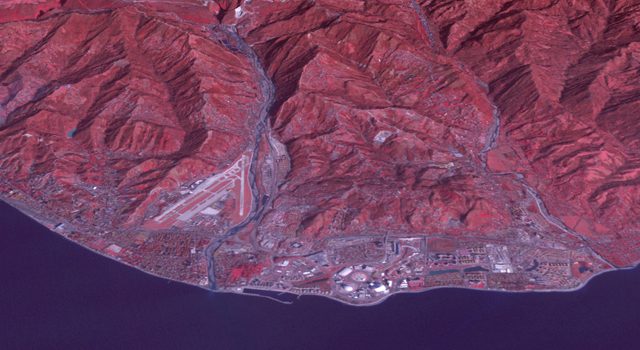 If Satellites won gold metals, Terra may win for most striking view of the 2014 Winter Olympics in Sochi Russia. Using the Advanced Spaceborne Thermal Emissions and Reflection Radiometer (ASTER) the mountains of the Rosa Khutar ski resort near Sochi, Russia. Snow is shown as white, while vegetation is red and buildings are gray. At the bottom of the image the Black Sea appears black. read more from JPL news

Or see what these other news sources had to say:
Washington Post