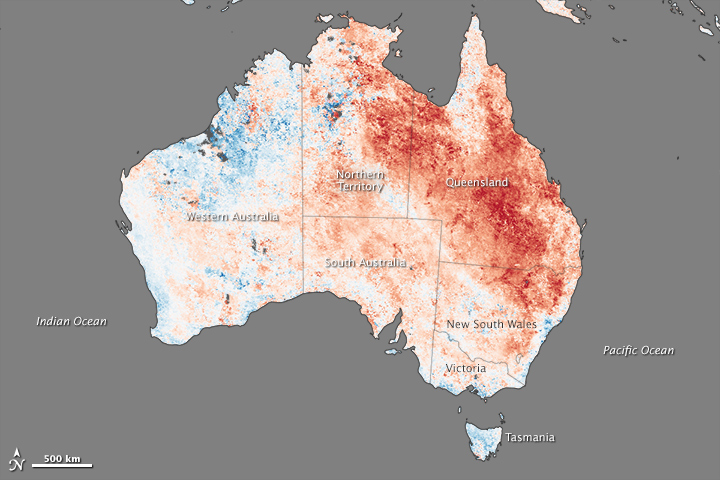 2013 turned out to be Australia’s hottest year on record. Fittingly, the calendar year both started and ended with intense heat waves. The most recent heat wave peaked between December 27, 2013, and January 4, 2014. The heat raised land surface temperatures (LSTs) that are monitored by the Moderate Resolution Imaging Spectroradiometer (MODIS) on NASA’s Terra satellite. Read more 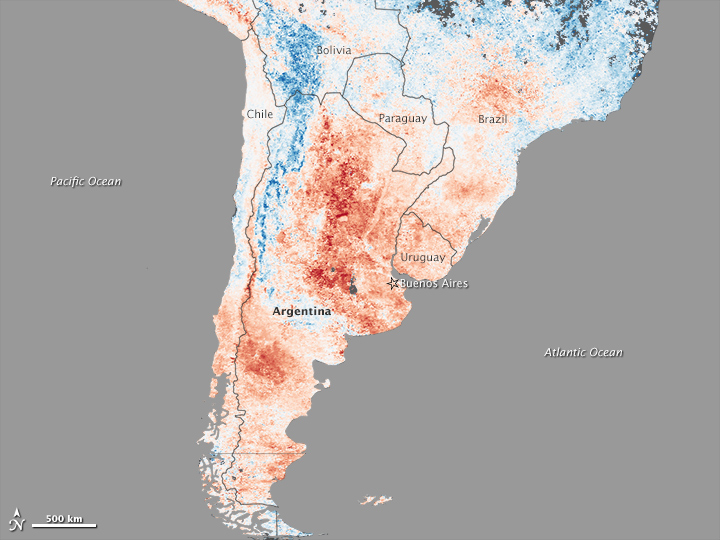 A deadly heatwave left its signature on the land in Argentina. This map shows land surface temperatures between December 19-26, 2013, compared to average temperatures for the same period from 2000-2012. Nearly the entire country was much warmer than normal, with some locations more than 15°Celsius above average.

Argentina was in the midst of an intense two-week heatwave when the data for the map was acquired by the Moderate Resolution Imaging Spectroradiometer (MODIS) on NASA’s Terra satellite. Read more

Steam Fog over the Great Lakes

Posted on January 8, 2014 by Tassia Owen Posted in News and Events 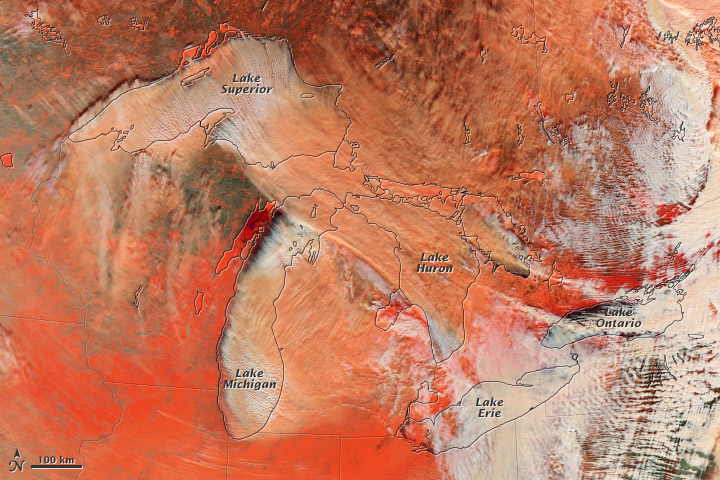 On January 6, 2014, the Moderate Resolution Imaging Spectroradiometer MODIS on NASA’s Terra satellite captured this natural-color image (top) of fog forming over the lakes and streaming southeast with the wind.  A swirling mass of Arctic air moved south into the continental United States in early January 2014. On January 3, the air mass began breaking off from the polar vortex, a semi-permanent low-pressure system with a center around Canada’s Baffin Island. The frigid air was pushed south into the Great Lakes region by the jet stream, bringing abnormally cold temperatures to many parts of Canada and the central and eastern United States. Read more