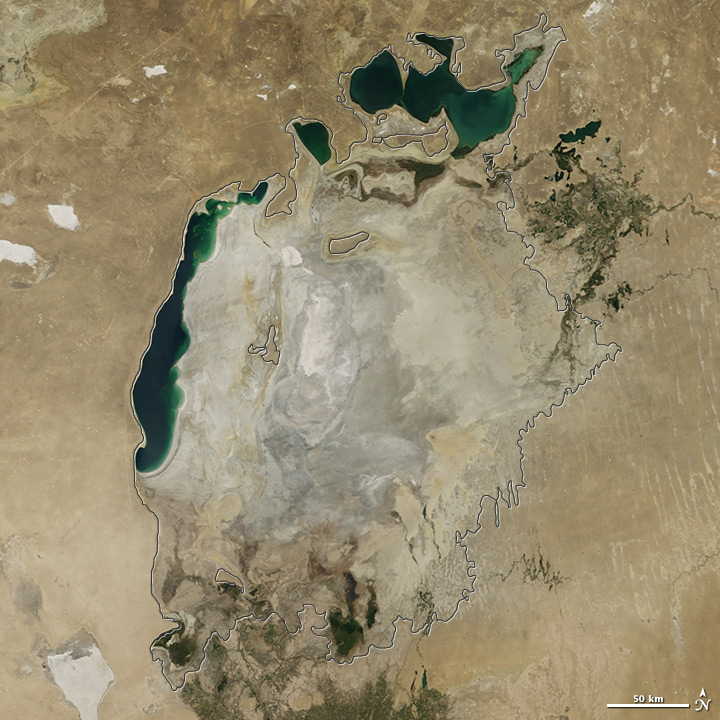 Summer 2014 marked another milestone for the Aral Sea, the once-extensive lake in Central Asia that has been shrinking markedly since the 1960s. For the first time in modern history, the eastern basin of the South Aral Sea has completely dried.

This image pair from the Moderate Resolution Imaging Spectroradiometer (MODIS) on NASA’s Terra satellite shows the sea without its eastern lobe on August 19, 2014. Read more