Home › News and Events › Snow in the Northeastern United States

Snow in the Northeastern United States

Posted on March 27, 2013 by Tassia Owen Posted in News and Events 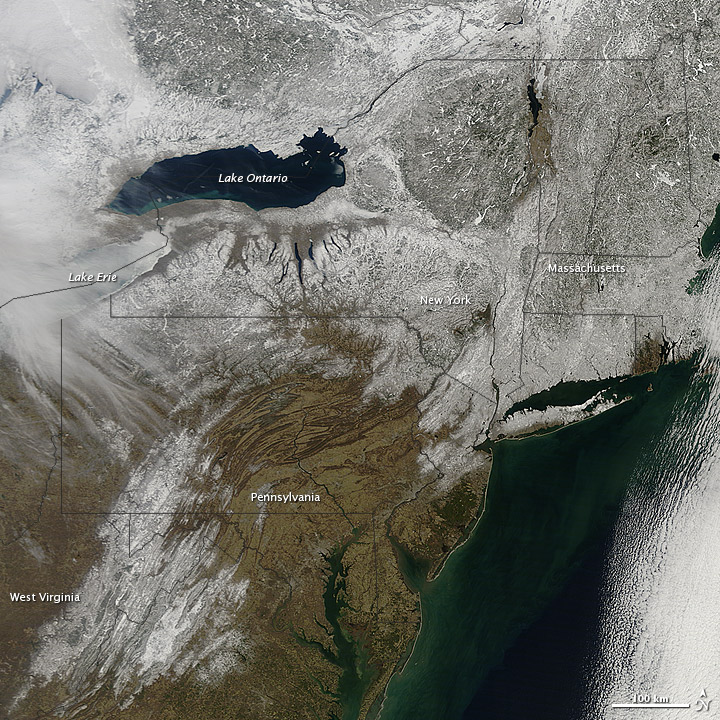 Snow cover sprawled across the northeastern United States in early March 2013. The Moderate Resolution Imaging Spectroradiometer (MODIS) on NASA’s Terra satellite captured this natural-color image on March 9. Snow cover stretched from West Virginia into Canada, and from the western shore of Lake Ontario to the Atlantic Ocean. Read more