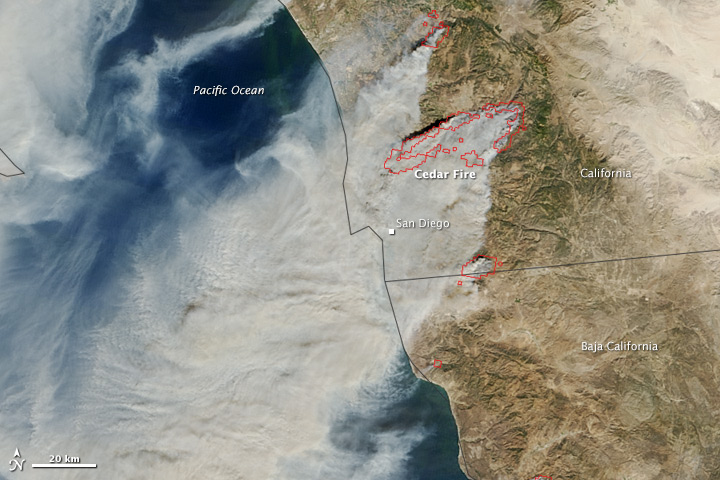 Wildfires perpetuated by the Santa Ana winds can sweep through southern California in the fall and winter; where as, summer wildfires occur much earlier in the year. Both seasons are marked by approximately the same number of acres burned, but researchers recently quanitified which was more destructive.

To quantify each season’s destructiveness, data from the Moderate Imaging Spectroradiometer (MODIS) on-board Terra and Aqua on burn areas in southern California was combined with fire records and economic data to determine how destructive Santa Ana fires are compared to summer wildfires.

From their research they determined that Santa Ana fires caused about 80 percent more economic losses than the summer fires. MODIS data shows that Santa Ana fires may cover approximately the same area as summer fires, but spread more quickly and in the direction of more populated areas with higher property values than summer inland fires, explaining why the Santa Ana- fueled fires are more destructive.