Posted on September 3, 2013 by Tassia Owen Posted in News and Events 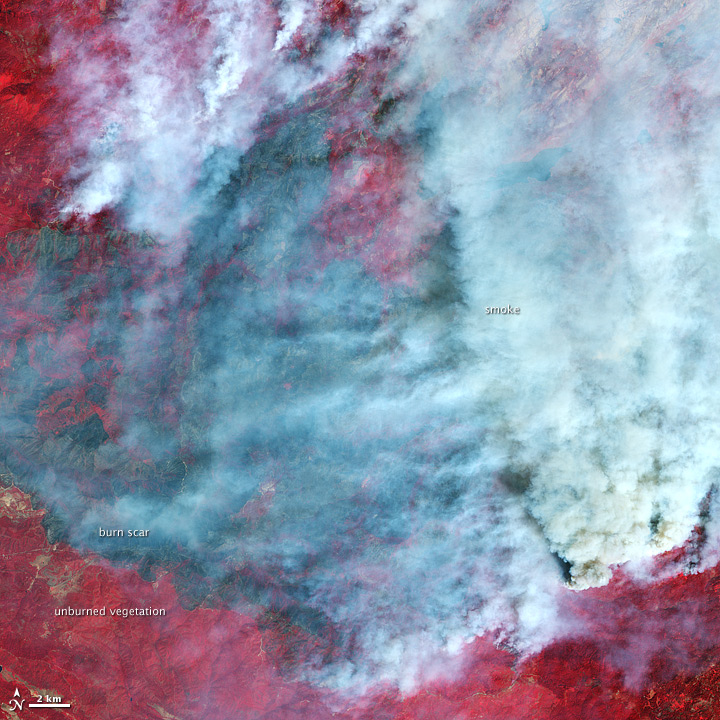 The Advanced Spaceborne Thermal Emission and Reflection Radiometer (ASTER) on NASA’s Terra satellite captured this false-color image of the Rim fire burning in and near Yosemite National Park on August 30, 2013. The image, based on ASTER’s observations of visible and infrared light, highlights the contrast between burned and unburned vegetation. Unburned vegetation appears bright red, whereas burned areas are gray. Thick plumes of smoke are also visible billowing from the fire. Read more