Home › News and Events › Ice on the Caspian

Ice on the Caspian 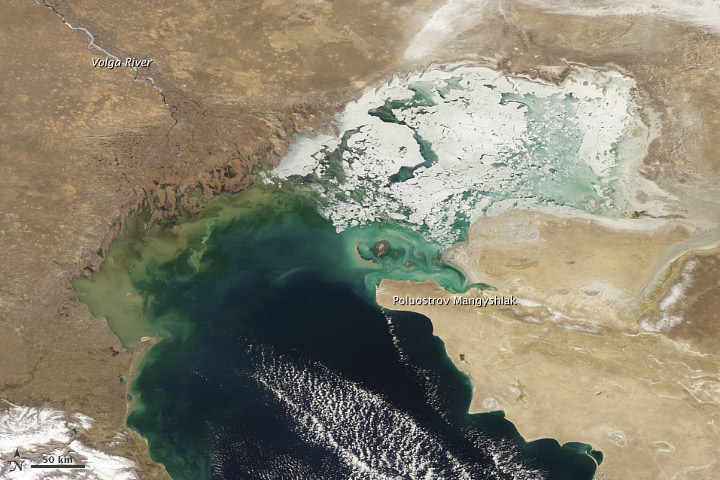 The Caspian Sea isn’t really a sea but in fact a giant lake that spans roughly 1,000 kilometers (600 miles) from north to south. In the winter, ice often forms over the lake’s northernmost reaches, while the central and southern parts remain ice free. Temperatures are generally lower in the north, so you might guess that the ice owes its existence purely to the higher latitude. But the reality is more complex: From north to south, the Caspian Sea also exhibits differences in salinity and depth. Read more