Posted on October 29, 2018 by Tassia Owen Posted in News and Events 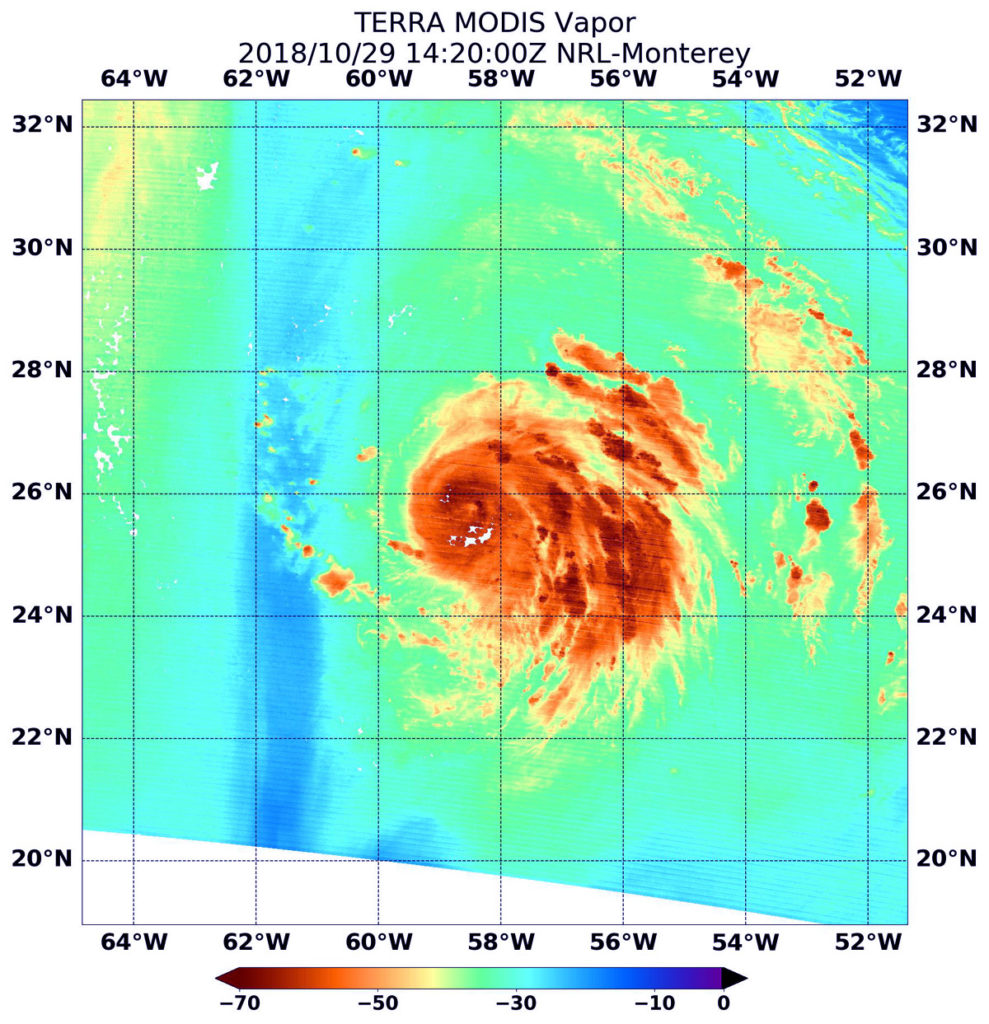 Terra image of Oscar NASA’s Terra satellite passed over Hurricane Oscar in the Atlantic Ocean On Oct. 29 at 10:20 a.m. EDT (1420). The MODIS instrument showed highest concentrations of water vapor (brown) and coldest cloud top temperatures were around the center (over water) and in the eastern quadrant. Credits: NASA/NRL

Oscar formed as a subtropical storm in the central North Atlantic Ocean on Friday, Oct. 26 at 11 p.m. EDT. Over the weekend of Oct. 27 and 28, Oscar took on tropical characteristics and strengthened into a hurricane.

On Oct. 29 at 10:20 a.m. EDT (1420) NASA’s Terra satellite passed over Oscar and provided visible and water vapor imagery of the newest Atlantic Hurricane.

Water vapor analysis of tropical cyclones tells forecasters how much potential a storm has to develop and shows where the heaviest rainfall may be found. Water vapor releases latent heat as it condenses into liquid. That liquid becomes clouds and thunderstorms that make up a tropical cyclone. Temperature is important when trying to understand how strong storms can be. The higher the cloud tops, the colder and the stronger they are. 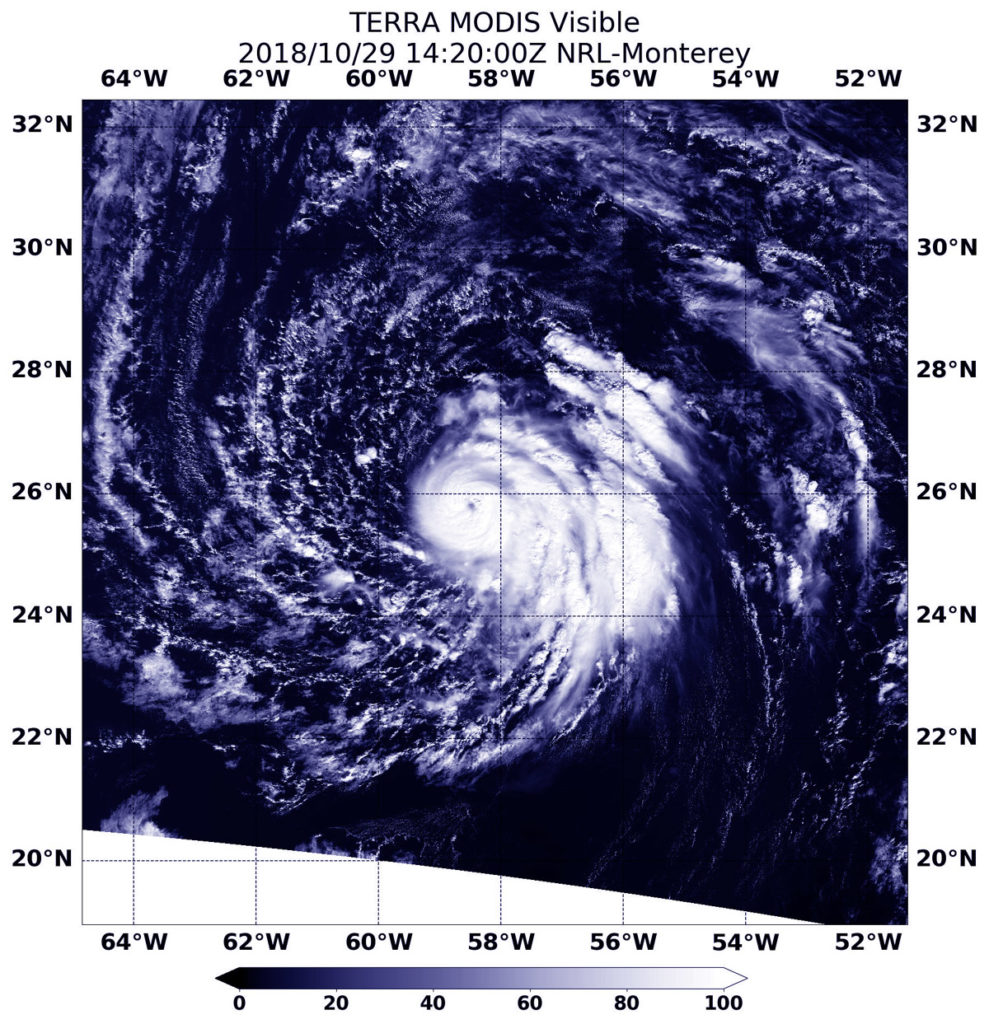 Visible imagery from MODIS showed a clear eye surrounded by powerful thunderstorms. Fragmented bands of thunderstorms in the eastern quadrant.

The National Hurricane Center said “Oscar’s convective cloud pattern has continued to improve since the previous advisory, with a small, cloud-filled eye now apparent in visible satellite imagery and also in a recent microwave pass. In addition, cirrus outflow has been expanding in all quadrants, especially in the eastern semicircle.”

The National Hurricane Center or NHC said at 11 a.m. EDT (1500 UTC) the eye of Hurricane Oscar was located near latitude 25.8 degrees north and longitude 58.4 degrees west. That’s about 590 miles (955 km) southeast of Bermuda. Oscar is moving toward the west-northwest near 7 mph (11 kph). A turn toward the northwest at a slower forward speed is expected later today, followed by a motion toward the north tonight. Maximum sustained winds have increased to near 85 mph (140 kph) with higher gusts. Additional strengthening is forecast through Tuesday, followed by gradual weakening thereafter. The estimated minimum central pressure is 981 millibars.

On Tuesday, Oct. 30, Oscar is forecast to begin moving toward the north-northeast with an increase in forward speed. The hurricane is then expected to accelerate quickly toward the northeast through the middle of the week.